As a part of a renovation project, a homeowner wanted to replace an existing fully wired multi-room audio system that was no longer fit for purpose. As he had a background in IT sales, he instantly appreciated the advantage of a fully wired system, and especially liked the idea of wall keypads, which meant he did not have to rely on an app each time just to listen to a radio station. The family wanted to play internet radio and were also interested in music on demand as a way to explore new genres. The installed speakers were in decent condition, so any new system had to be able to retain those.

Why Systemline 7 was the preferred solution

The homeowners conducted their own research and found the Systemline 7 (S7) video describing many of the desired features, and quickly found specialist installer POD3 AV. Tim Dyer from POD3 AV invited the family to experience S7 first-hand at Systemline’s office in Woking, which they found very useful. During the demonstration, all questions were answered and key features explained. They particularly liked S7’s unique BBC iPlayer service, and its ability to browse and play radio programmes from the last 30 days. In addition, the family appreciated being able to speak to a UK company, with a UK support team that is readily available on the end of a phone. Having actually used the system, it was decided that S7 was the right solution.

12 zones of S7 were fitted by POD3 AV in a new wall mounted utility room cabinet. Tim said: “The existing speaker cables were already in place at this location, albeit in a different type of room. They were re-routed to the wall and we managed to add some more cables for the additional rooms. S7 equipment comes supplied with wall brackets, making it a great solution for this type of wall cupboard – traditional rack mounted amplifiers would have been far too deep.”

White KPS11 in-wall keypads were fitted with a polished chrome 50×50 fascia, matching other new electrical sockets across the property.

S7’s ability to plug in a local input is traditionally used by homeowners for TV sound, however the daughter of the family recently became interested in collecting vinyl. A local Input Module was used to connect the audio output of her record player to the fitted ceiling speakers, which is connected to one of the S7 zones.

The family were delighted with the system installation and how easy it is to use. After a well-deserved break they plan to renovate and decorate other rooms, and are very interested in a surround sound system for the lounge, potentially using a Systemline S7 Netlink to seamlessly play music using the same app.

Commenting on current trends in the marketplace, Paul Hilditch, Brand Director at Systemline, said: “One of the primary reasons consumers choose smart home products is because they are so convenient and accessible. However, these products may not always be simple to install, posing a big challenge for a developer working to a tight deadline and may not have the additional budget required to specifically train installers. Therefore, I believe that manufacturers are best served designing products that not only satisfy the consumer’s desire for an easy to use product, but also the developer’s need for a solution that is simple to install. One way to achieve this is to design products, like S7, that use a small number of cables and components, making them straightforward to design into the home.

“Including smart devices in a project is an excellent way of adding value to a property, and we are seeing an increasing number of homeowners and developers looking for innovative solutions. In my opinion, a true smart home enhances your lifestyle and enjoyment of the home and can also save you money.” 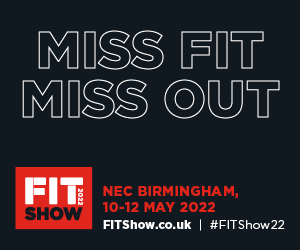